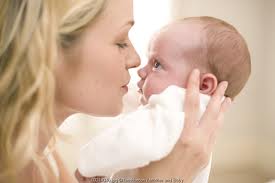 Doomed love is romantic in song or on film. Living it either builds or destroys character. I met Annie six years into my marriage. She was a decade younger than me: blonde, fresh faced, beautiful, alive. The physical and emotional attraction between us was strong. We became friends.

The biggest lie I told myself about Annie was that our main attraction was spiritual. It was an easy lie because we were both Catholic and each of us had Catholic sensibilities. When I ended up lusting after her our spiritual connection became window dressing to rationalize a love that could never be.

I came within a whisker of being unfaithful, but I stayed true to my wedding vows. I discovered my own weaknesses through Annie. I was much weaker than I imagined myself to be. My life seemed to be disintegrating. I thought my marriage was going to end and Annie and I would be together forever. I was losing my mind.

A spiritual advisor told me to flee. A job opened up in another county and I took it. After I left the program collapsed and my former supervisor ended up on the psych ward. Annie landed on her feet somewhere else. I had lunch with her once afterward and things weren’t the same. It hurt when she told me she met a guy and got engaged. But I couldn’t hold it against Annie. What was it to me? I was married.

Annie married and gave birth to a daughter who had uncontrollable seizures. Annie couldn’t bear her daughter’s sufferings, and smothered her with a pillow. Two days later Annie rented a motel room and shot herself in the head. I went to the funeral: a miserable affair intended to “celebrate” Annie’s life. After we separated I’d had a dream that gave me hope the love between Annie and I would be requited during our human lives. Her funeral put the lie to that dream.

A few years later I heard “Who You’d Be Today” by Kenny Chesney. For me it is Annie’s song, especially the last line: “I’ll see you again someday.” Chesney is talking about heaven. Annie didn’t die well, and I wonder if she’ll be in heaven someday. I pray she will, and I have a modicum of hope. What we would say to each other in heaven is another matter entirely.

Postscript:  This month is the ten year anniversary of Annie’s and her daughter’s deaths. I work a mile from the cemetery. Where two oak trees grow right next to each other there is a single marker bearing Annie’s name and her daughter’s name. Every year Annie’s family puts a memorial notice in the local paper with Annie’s name and picture. Sometimes when I visit Annie’s grave there are flowers there. I dropped by today and there was a Hot Wheels car, a memento from a nephew perhaps.

These days I am more optimistic about Annie’s chances in the afterlife. Her baby’s illness overwhelmed her. Stopping the horror only made things worse and she couldn’t live with herself, or without her baby. At the funeral I tried to console Annie’s husband, but what do you say to a man whose family lay in boxes in a strip mall church? Annie left her husband and her daughter’s father out of the equation – another big mistake. Annie left the world doing all the wrong things. She will be judged for that, but not by me. Not today anyway. Today I remember the dream I had of Annie that gave me hope. She was squeezing my hand and looking at me with her big smile and her wide doe brown eyes, repeating, “You’re my sweetie, you’re my sweetie.” Annie, I hope I’m still you’re sweetie, because you are still mine. I hope I see you again someday. Somewhere in our star crossed existences may we meet again to hold hands and smile at each other.