In Your Wildest Dreams, Part III 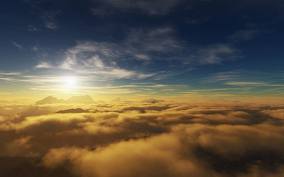 My dreams were wild but waking life was even wilder.  In short order I lost my wife, my house, my children, and over half my paycheck. In a particularly painful episode, Lonna came to the house with a squad car and took our oldest daughter away from me. I remember Lonna darting around the front lawn in sunglasses – it was early evening and overcast – as I tried to explain to the police officer that our daughter wanted to stay with me until I moved out. Guess who lost that argument?

I became a pariah in the social and religious circles that used to welcome, even champion me. Some of the worst possible rumors imaginable were circulating about me; actually had circulated about me for a year before I even knew. The family court system saw me as a wallet – check that – an abusive wallet, despite the fact I had never been arrested, never been charged with anything, and the only time the police ever came to our home was to make Lonna leave to cool down. Yet I was forced to have supervised visitation with my children until the court figured out this wasn’t necessary. I was a private person going through a public divorce. It seemed there was a concerted effort to ruin my career, my reputation, and whatever was left of my life. Fortunately, I always had the fetal position to fall back on.

The enmity that surfaced towards me four years ago shows no signs of abating. Catholics can be excellent haters; or perhaps it is more precise to say that some excellent haters happen to be Catholics. I have found that excellent haters hear what they need to hear to feed their enmity and ignore what starves it. But I have these people to thank for they made a fighter out of me. Not that I wasn’t before, but a select group of people, including my dearly beloved, made me struggle for my very identity, my very existence, and a relationship with each of my children. I fought in determined, focused fashion – and got massacred time after time. But I always got up and eventually it paid off.

Yet it was not until two months ago that I felt in my heart that I was going to survive the trauma. It took three years to have a feeling of certitude that I had weathered the worst of this storm, my personal Katrina.

My children seem to have survived too, although I do not have the feeling of certitude about them. The certitude with my children is that we love each other even more than we did before the divorce. We say it to each other more, and we hug and kiss more. I have always been a lion of a father in that I am very protective of my kids. Yet here was more heartbreak: I could not protect my children from their mother. That’s life. If you don’t have a mangled heart you haven’t really lived. Mangled hearts heal in the fullness of time, and forgiveness comes and goes, lapping at the scar tissue, salving open wounds, all in the rhythm of life, love, and suffering. Which brings me to a recent dream I had; it occurred nearly three years after Lonna kidnapped our children and made me divorce her to see them:

I was trying to promote Lonna’s songs by distributing an advance release of her music oversees. I was at a party to celebrate the imminent release of Lonna’s music, which played in the background as guests mingled. The music was lovely and everyone was appreciative. Lonna entered looking happy and excited, yet composed.  She looked very good and unselfconscious; it was impossible not to feel happy for her. There was a sense that what was happening was long overdue, there was a feeling of “rightness” about the evening. I felt peace and acceptance towards Lonna, and a happiness for her that coincided with an awareness that our relationship was over. But everything was okay anyway. Near the end of the dream one of the guests was commenting on a wall color in the room, saying that Lonna didn’t like the wall color and was going to cancel her music release unless the color was changed. The guest added that this was how Lonna always sabotaged the release of her music. There was no regret or consternation in the guest’s voice – just the same sweet acceptance that permeated the room, a peace that seemed oblivious of a right outcome.

I woke up from the dream savoring the sweet acceptance of the guests at the party, but when I tried to cling to the feelings they evaporated. I hope you do make it to the Grammies one day, Lonna: for yourself, not for us. I hope I can continue to move away from you and heal and love again and maybe one day come full circle with you. Now is not that time, but I can at least will that one day it may happen; if it doesn’t it can’t be helped.