In Your Wildest Dreams, Part I 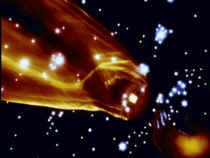 “Once upon a time, once when you were mine,

I remember skies mirrored in your eyes,

I wonder where you are, I wonder if you think about me,

once upon a time, in your wildest dreams…”

It was night and I was asleep when car headlights shining in the bedroom window woke me up. I thought, ‘This must be a dream, how could car headlights be shining right inside a second story window?’ Then I met the driver.

She came from the window and jumped on me as I lay in bed. She wore black and said nothing. In her right hand was a knife she plunged down at me. I raised my arms to deflect the blows, but she was too focused and I was too slow. Her knife thrusts starting hitting my vital organs, and my arms fell. She was killing me. Then I woke up.

Graham Parker says it’s not the knife through the heart that tears you apart – it’s the thought of someone sticking it in. Especially when you know the someone. For I figured out who the knife-wielding woman was in my dream – she was my wife in real life.  After the dream I took to locking my door at night (we weren’t sleeping together anymore anyway). I didn’t lock the bedroom window.

I never told Lonna about the dream. She had enough bad ideas already. Communication between us had completely broken down, and I was subjected to the silent scorn some women use to show their displeasure. Actually, Lonna’s silent scorn was preferable to her verbal scorn, which included f-bombs in front of our young children. We had tried marriage counseling, but Lonna stopped going after a few sessions. All the counseling did was show how big the rift between us was. It was pretty clear Lonna didn’t want to be married anymore. Once I suggested, “Why don’t you just go?” She got mad, and stayed.

It’s hard to describe how bad the end of a failed marriage can feel. Part of me was in denial that things  were really over between us. My work was going well, I was working out at the gym and feeling good, and had an active prayer life. Most of all, I loved our children to death. I would come home at the end of the day and sit and talk and laugh and joke with them and it was the most natural and blessed thing to do on this good earth. I couldn’t imagine God allowing something so good, so precious, to be despoiled. I was content to let God handle things between Lonna and I.

Lonna was not nearly as content as I was. I found out later she planned to separate from me about a year before it finally happened. She was a busy gal: poisoning the well with our mutual friends, filing a police report on me I wasn’t even aware of, even insinuating that I had unfatherly desires towards one of my daughters. None of this was done to my face, and I didn’t find out about any of it until it was much too late. My life was like the dream I had: knife wound after knife wound from a surprise attack by a determined enemy.

Lonna became provocative with me, tempting me to hit her or become physical with her. Then she exploded in a rage at the dinner table, repeatedly dropping f-bombs again in front of our frightened children. I had enough. “Either you get some help for yourself or you’re going to have to leave.” I told her. She called the cops on me and the kids all ran upstairs. The police came and made Lonna leave. She came back late that night, right after we finished praying a Rosary for her, and for our family.

The next morning I went to work. When I came back my family was gone. Lonna had taken the children and disappeared. And what happened next I could not have imagined in my wildest dreams.